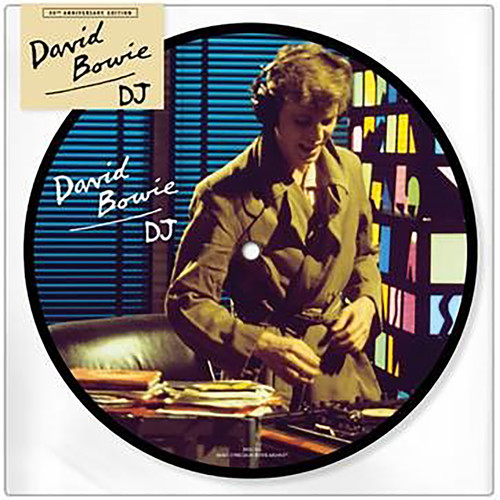 Limited seven inch picture disc vinyl pressing. 40th anniversary edition. Originally released on 29th June 1979, 'D.J.' was the second and final single from Lodger in the UK and the follow up to 'Boys Keep Swinging'. The A side of this 'D.J.' picture disc features a previously unreleased single edit of the track from the Lodger (2017 Tony Visconti Mix). The previously unreleased version of 'Boys Keep Swinging' recorded especially for The Kenny Everett Video Show features on the AA side. This take was recorded by Tony Visconti in Soho in London on the 9th April 1979 and features Sean Mayes on keyboards, Tony Visconti on bass, Simon House on violin, Andy Duncan on drums, Brian Robertson (of Thin Lizzy) on guitar and Ricky Hitchcock on guitar.