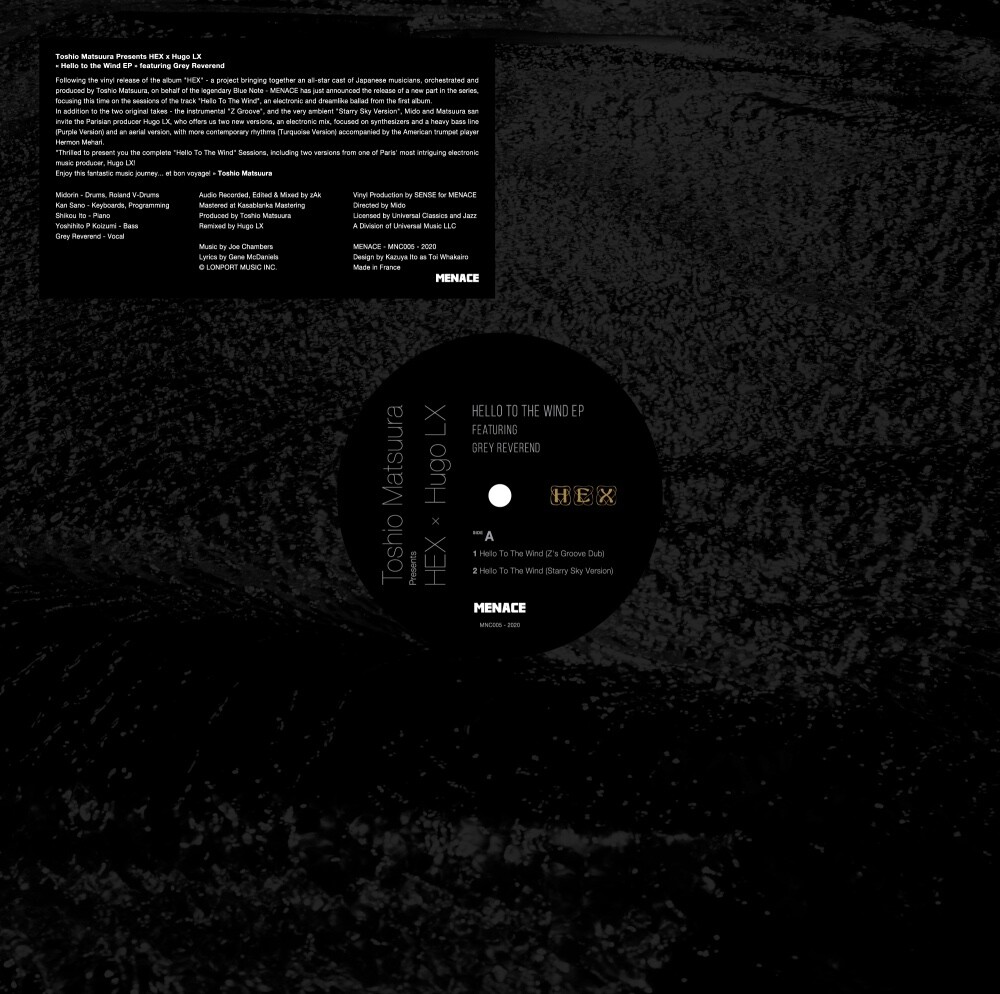 Following the vinyl release of the album "HEX" - a project bringing together an all-star cast of Japanese musicians, orchestrated and produced by Toshio Matsuura, on behalf of the legendary Blue Note - MENACE has just announced the release of a new part in the series, focusing this time on the sessions of the track "Hello To The Wind", an electronic and dreamlike ballad from the first album featuring Grey Reverend. In addition to the two original takes - the instrumental "Z Groove", and the very ambient "Starry Sky Version", Mido and Matsuura san invite the Parisian producer Hugo LX, who offers us two new versions, an electronic mix, focused on synthesizers and a heavy bass line (Purple Version) and an aerial version, with more contemporary rhythms (Turquoise Version) accompanied by the American trumpet player Hermon Mehari.  WORDS FROM TOSHIO MATSUURA  "Thrilled to present you the complete "Hello To The Wind" Sessions, including two versions from one of Paris' most intriguing electronic music producer, Hugo LX! Enjoy this fantastic music journey... et bon voyage! »