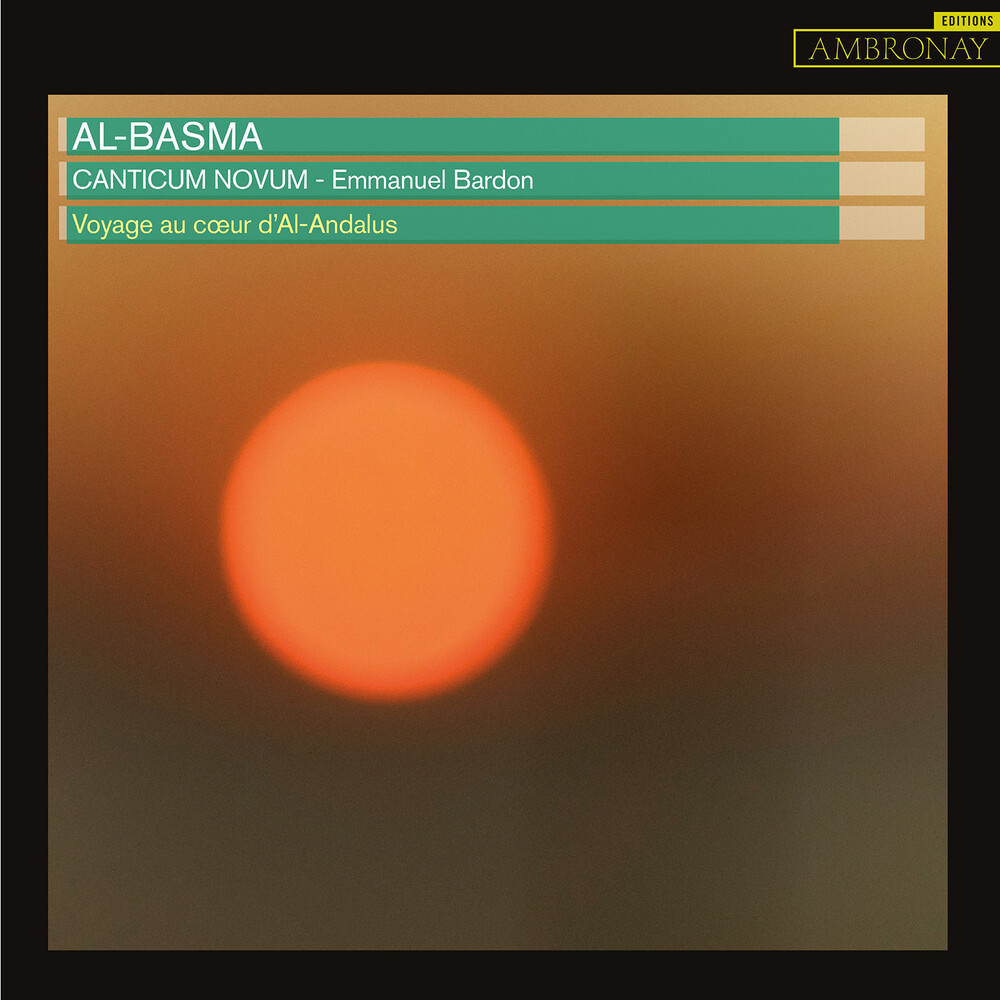 With Al-Basma - imprint in Arabic-, Canticum Novum continues at Ambronay Editions it's journey to the heart of the medieval Iberian Peninsula. Magnificent Arab-Andalusian songs side by side with the Codex of Montpellier and the Cantigas de Santa Marìa for the most vibrant tribute to the three cultures of Al-Andalus. Canticum Novum is an ensemble of early and world music created by Emmanuel Bardon in 1996. Established in Saint-Etienne, Canticum Novum has a passion for the interpretation and the transmission of the most beautiful repertoires of early music, especially those that link the music of western Europe (Spain, France, Italy etc.) with that of the Mediterranean basin. The latter being enriched with the influence of both the Christian world and the Orient (which has been molded by a Jewish and Moorish heredity).