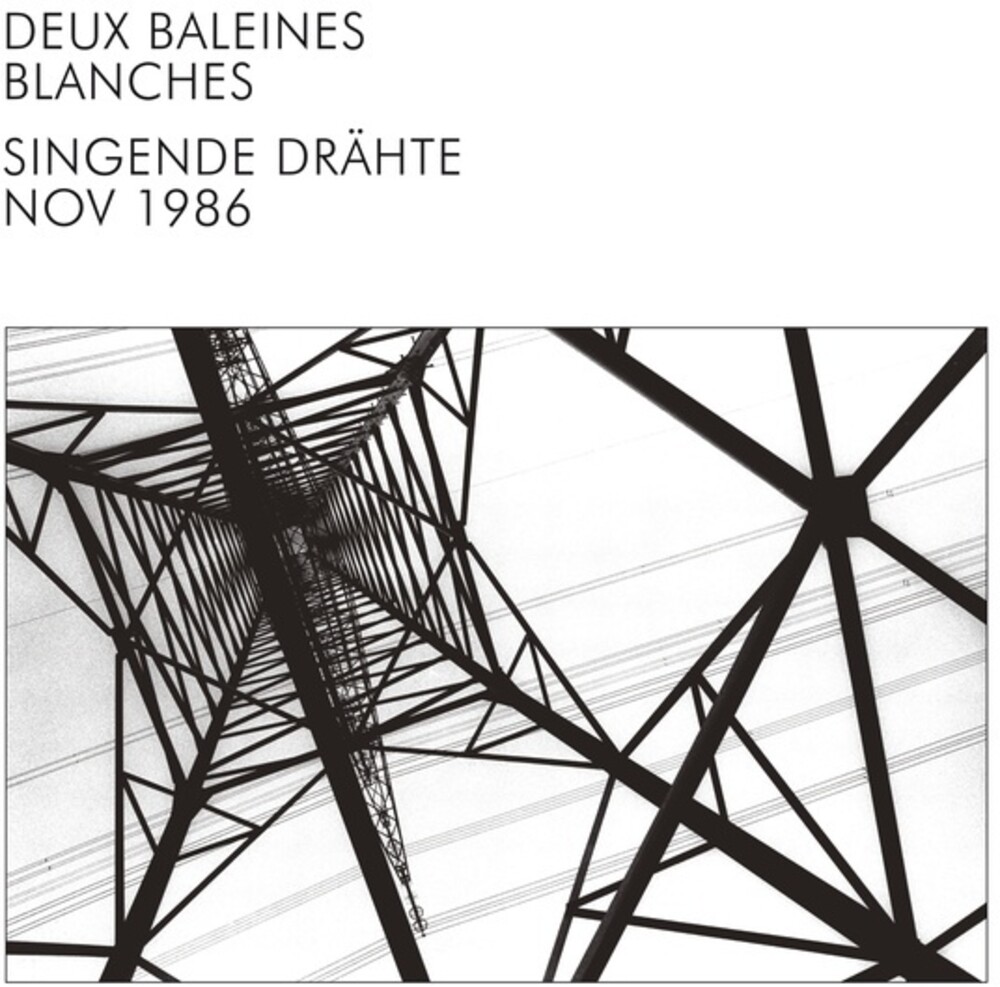 Sammlung (BB 236CD/LP, 2017) compiled by Stefan Schneider first introduced a selection of previously little-known exponents of 1980s Duesseldorf electronic tape music. A further remarkable example of the Duesseldorf underground tape output, 1986's Singende Drahte originally circulated in a minuscule edition among aficionados only is now finally available as a CD and vinyl re-edition. Deux Baleines Blanches was the name of Stefan Schneider's avant-pop-project who concurrently with his studies of photography at Duesseldorf's Kunstakademie had begun his musical explorations in the early 1980s, which also led him to cofound the bands Kreidler (1994) and To Rococo Rot (1995). Singende Drahte showcases some of his early work in the field. The somewhat sketchy and abstract character of these 14 tracks, "Draehte" (wires) is slightly reminiscent of the esthetics of contemporary labels like Les Disques du Crépuscule or early 4AD, yet they sound surprisingly modern even 30 years after they were first released."The music on this album has originally been recorded in an attempt to recreate an electric drone emanating from an overhead electric power line which I had noticed by chance on a humid day in May 1986 whilst on a bicycle tour across the rural outskirts of Düsseldorf. The surprising discovery of this static yet tender hum which filled the air was a completely overwhelming listening experience... The very next day I borrowed a recording device from a friend (it was a Sony Walkman if memory serves) and went back to the same spot right underneath the huge wires of the power line, eagerly anticipating the chance to record this particular hum, my future favorite album onto cassette tape. Yet weirdly, on this day the hum was nowhere to be heard... Back at home I took my guitar and my amp and tried to imitate what I could not record in the field. The more effort I put into these attempts the worse it got, however I was convinced... A couple of weeks later, however, I listened back to these sketches and was surprised that there was something quite uniquely intriguing within these recorded fragments. You simply had to disregard the original intention - to imitate the sound of an electric hum. I chose to liberate myself from the constraints of the experiment and subsequently recorded my sketches on a 4-track cassette. The nished cassette was released in November 1986 in an edition of maybe 15 copies." -Stefan Schneider, October 2019