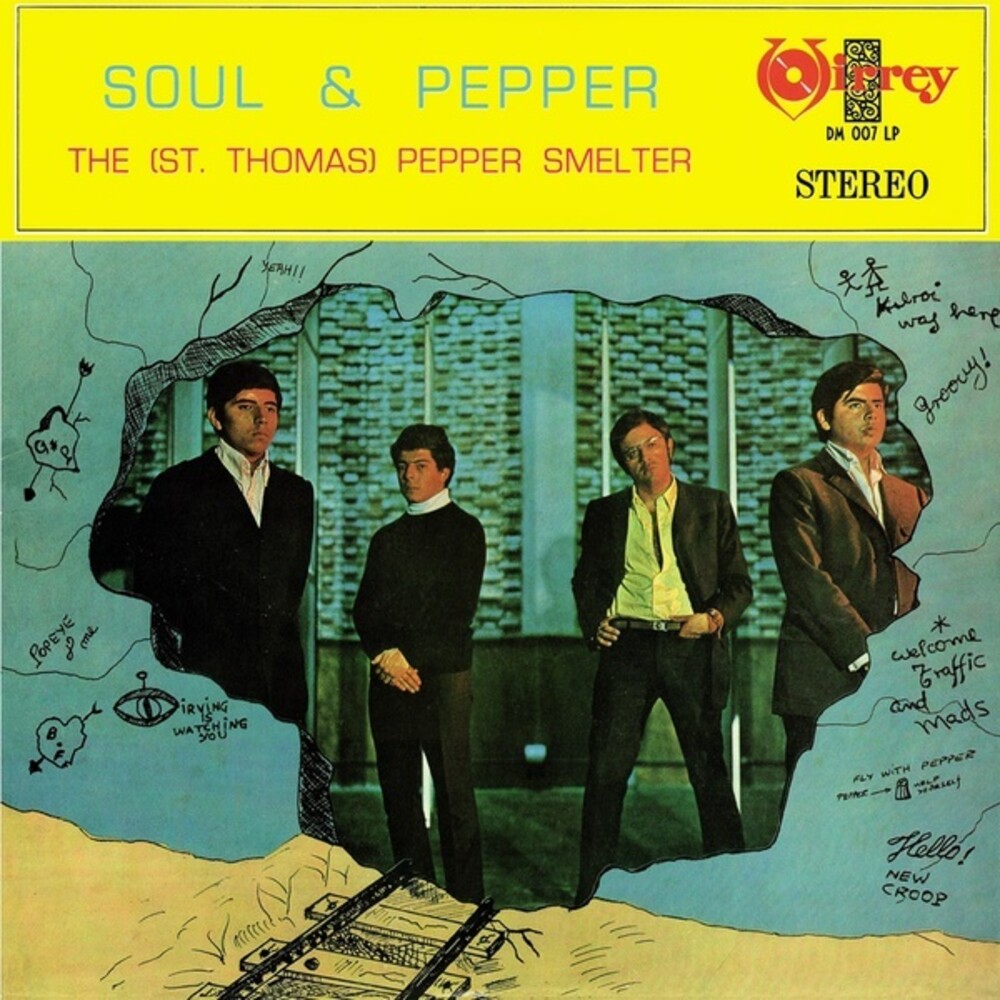 Vinyl LP pressing. Discos Monterey present reissue of The (St. Thomas) Pepper Smelter's Soul & Pepper, originally released in 1969. Once The Shain's had disbanded a new project was born, St. Thomas Pepper Smelter. Recorded in 1969, with practically the same band members as The Shain's, the band explored darker and psychedelic sounds with covers from Vanilla Fudge, Cream, Hendrix, and Music Machine, as well as various amazing songs of their own. Soul & Pepper was to be the transition towards their new projects more progressive and '70s style than before and lead to Gerardo Manuel y Humo.