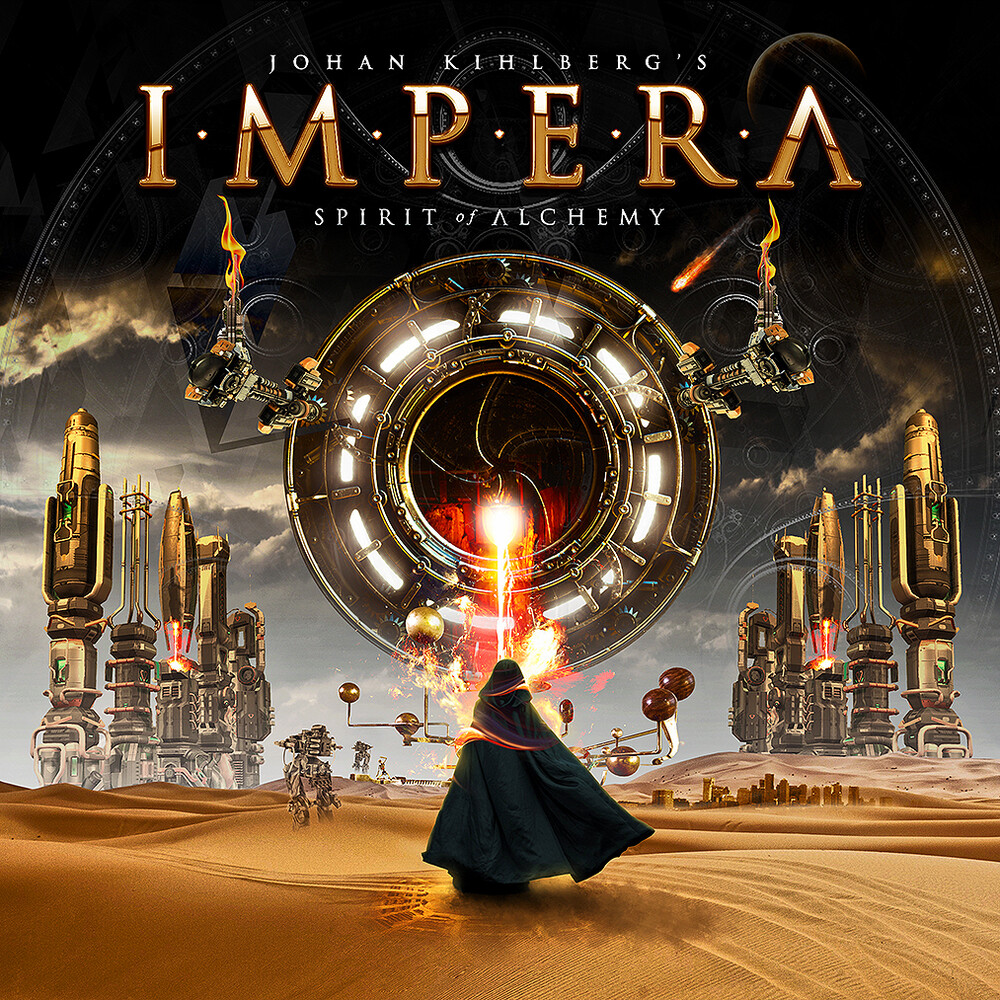 Johan Kihlberg's Impera are back with their heaviest album yet. All previous albums were already unique in the way Kihlberg brought together his friends from the international rock and metal community to give the songs the necessary magic touch. On "Spirit of Alchemy" it is now none other than bassist John LevĂ©n (Europe) and renowned drummer Snowy Shaw (King Diamond, Mercyful Fate, Sabaton) who reinforce Kihlberg on the new album. Powerful vocals are contributed by Jonny Lindkvist of Nocturnal Rites, while Lars Chriss of Lion's Share once again recorded the guitar parts.Johan Kihlberg's Impera is the brainchild of Stockholm-born drummer Johan Kihlberg, who founded the band in 2011. Johan has spent over 30 years in the music business, working with members of legendary acts such as "Kiss", "Thin Lizzy", "Europe", "Rainbow" and "MĂ¶tley CrĂĽe". "Spirit of Alchemy" is an album full of determination that will please both older and younger fans and will take the career of Johan Kihlberg's Impera to the next level.