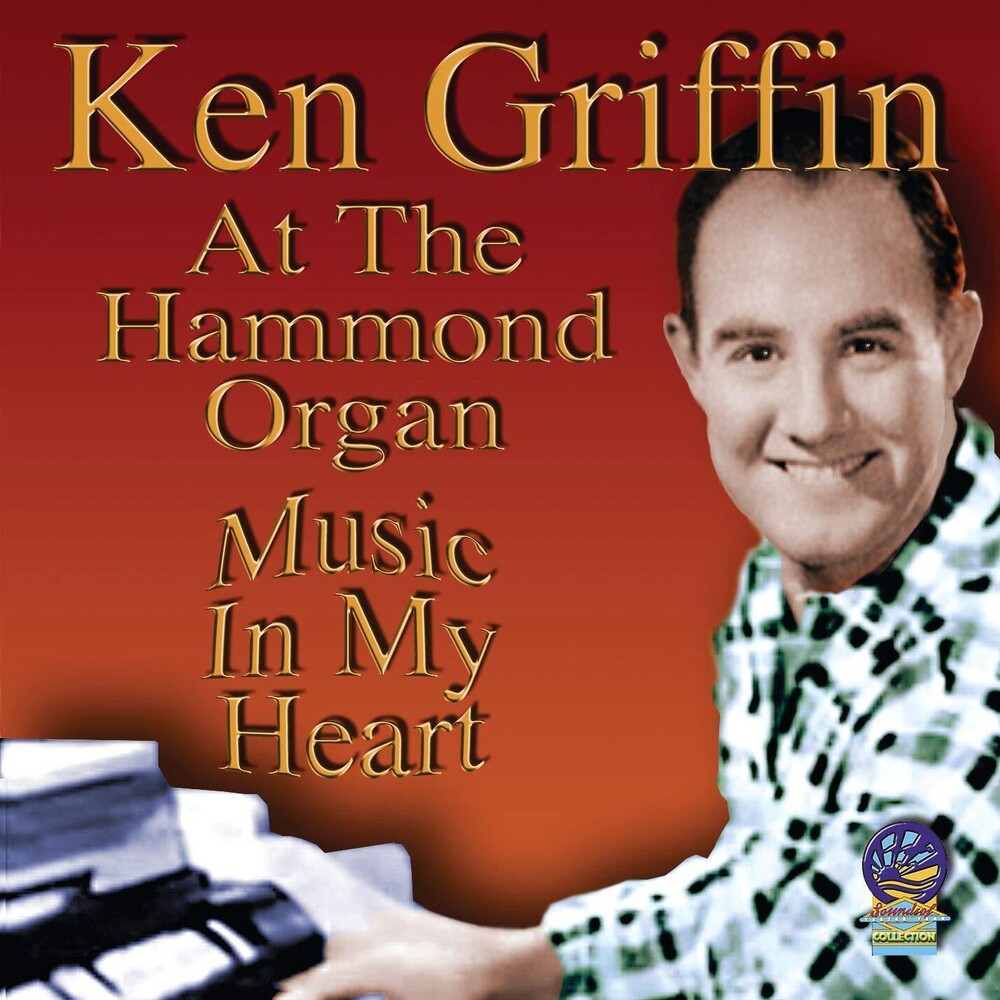 At The Hammond Organ - Music In My Heart by Ken Griffin - Ken Griffin was born in Columbia, Missouri. His biggest hit was 'You Can't Be True, Dear' (1948), which was first released as an instrumental, and later that year re-released with a vocal by Jerry Wayne dubbed in. Both versions became popular, selling over 3. 5 million copies. He also starred in a 1954-55 syndicated television series, 67 Melody Lane. As an organist he is noted for playing both Hammond and Wurlitzer organs. On this CD he is performing exclusively on the Hammond organ. It was in the 1940s in Aurora, Illinois, that Griffin broke into the nightclub circuit, playing at the Rivoli Cafe nightly. The sessions at the Rivoli cafe were broadcast on the radio station, WMRO, and the program became popular. Griffin died on March 11, 1956 in Chicago, Illinois at the age of 46, of a heart attack and was buried at Lincoln Memorial Park in Aurora. His version of Ebb Tide was played in the fifth-season premiere of the TV drama Mad Men.