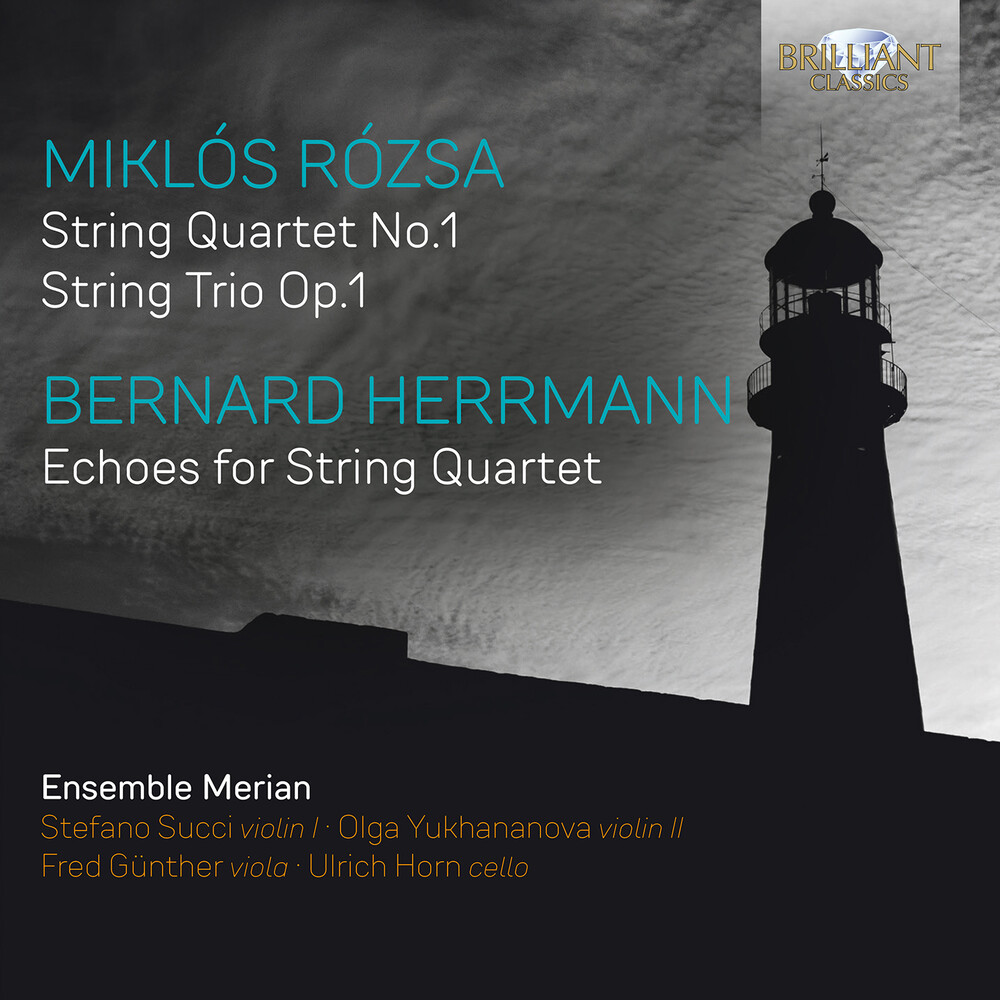 While producing a string of hit scores for MGM such as the Oscar-winning Ben Hur, Miklós Rózsa (1907-1995) continued to add to his distinguished catalogue of works in classical forms, often writing in a more abstract and severe style than his late-Romantic music for the movies. Rózsa himself remarked that 'in 1948, a new style began to appear in my Piano Sonata-more percussive, contrapuntal, aggressive. The String Quartet [No.1, 1950] continued in this vein. Maybe it was an inner protest against the excessive amount of conventional music I had had to write for conventional pictures.' In terms of influence, the tone of the Quartet (dedicated to Peter Ustinov) is closer to his teacher Kodály than that of Bartók even in the driven second movement, though even the intense lyricism of the third movement scarcely contains an angry mood which is finally resolved by the exhilarating finale. The more conventionally Romantic strains of the String Trio date from Rózsa's student days at the Leipzig Conservatoire in 1927, assimilating Brahms as well as the edgier work of his Hungarian elders. Breitkopf & Härtel published the work in 1929 as Op.1, but in 1974, the composer made major revisions to the original score, including numerous cuts, for it's first recording. The String Trio, as presented here, is the world premiere recording of the work as it was originally composed by. Breitkopf & Härtel published the work in 1929 as Op.1. In 1974, Rózsa made major cuts to the original score for it's first recording. The ensemble merian presents the full, original version of the trio.