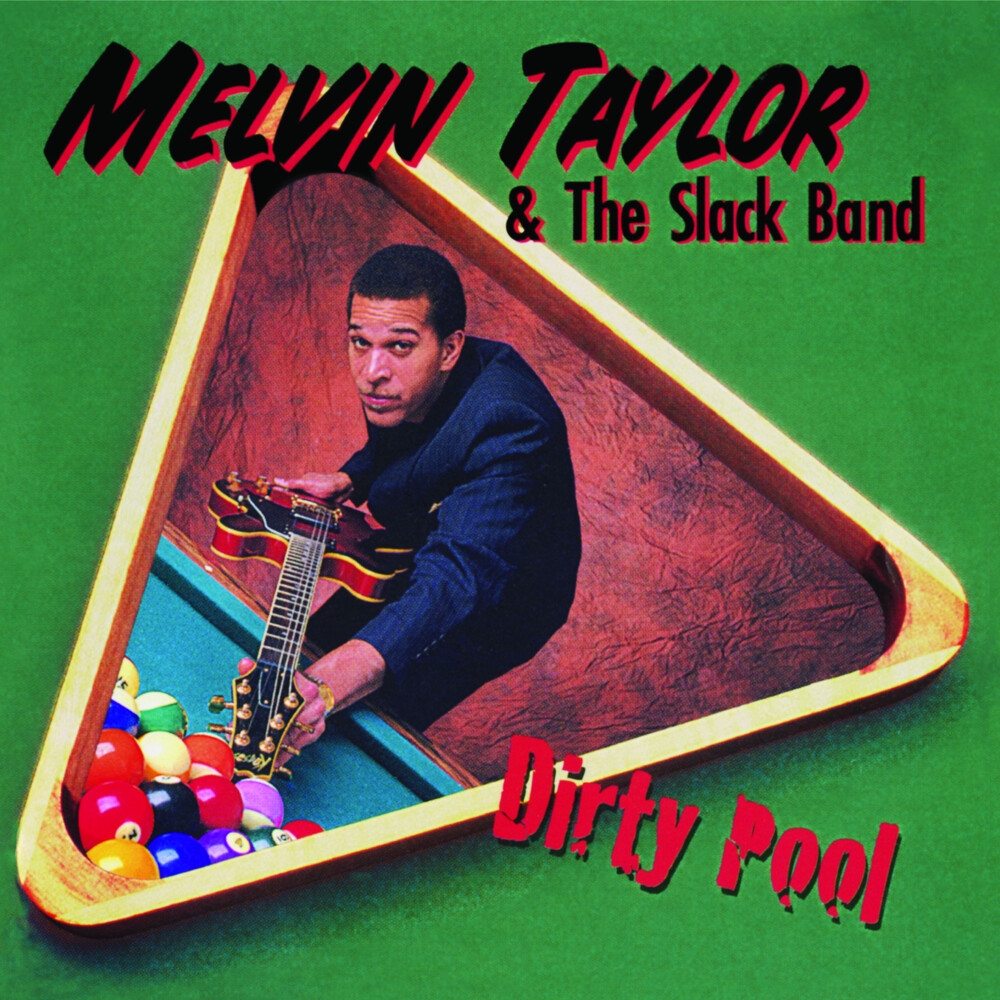 Electric blues guitarist Melvin Taylor had been sporadically recording solo albums for 20 years when Dirty Pool arrived - and was somehow just beginning to find fame. Already a hit in Europe, it had taken a steady run of performing in Chicago's famed blues clubs to slowly earn Taylor a well-deserved reputation as an equal talent among the giants before him, such as Otis Rush, Albert King and Stevie Ray Vaughan. While early records like Melvin Taylor Plays the Blues For You show off an equally amazing jazz side, Taylor traded away his Wes Montgomery-inspired runs for more Luther Allison/Jimi Hendrix attacks with the formation of the trio Melvin Taylor and the Slack Band in the mid-'90s. The title song of the second album by that outfit, "Dirty Pool," is actually more the balls-to-the-wall, no-compromise, hard-rockin' electric Texas blues of Vaughan and Johnny Winter than the sweet Chicago soul of Buddy Guy. Indeed, three tracks on this 1997 release, including "Dirty Pool," were SRV tunes. Other standards, like "Kansas City" and "Floodin' in California" also have more of a Lone Star State approach to them. But the Jackson, Miss.-born Taylor's guitar is cleaner than his forebears and technically, he even surpasses them, yet the anger and sorrow of the blues is readily evident in his playing. This rare combination of qualities really comes out in a slow blues tune like his solo in "Dirty Pool," which after repeated listens, still makes my head shake in disbelief when I hear it. "Too Sorry" is a good example of how well Taylor fares when he treads in Jimi Hendrix territory, whereas his rhythm work is the best I've heard from a lead guitarist since Vaughan; listen to "I Ain't Superstitious," "Born Under A Bad Sign" and the funky "Telephone Song" for your proof. It also helps that Taylor's drummer James Knowles is well in synch with him, while Ethan Farmer completely owns the low end of the sound. Farmer's peppering bass lines and "Floodin' in California" are the textbook way electric blues bass should be. Overall, a tight little band. Taylor's vocals certainly won't draw any comparisons to the Wide-Brimmed-Hatted One but he holds his own just fine until it's cuttin' time. This is right at the top of my list of best blues guitar playing on record over the last couple of decades. If you decide to give this one a listen, prepare to be blown away.
back to top