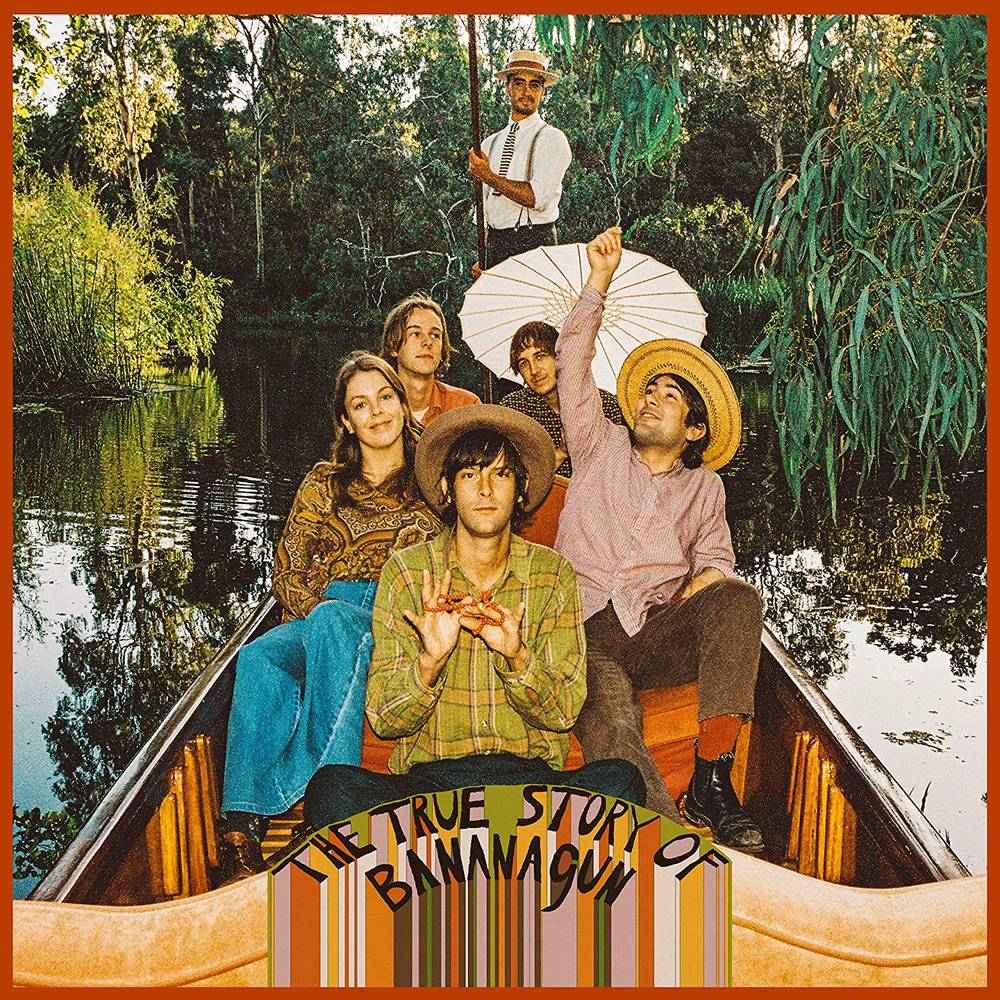 Limited colored vinyl LP pressing including bonus seven inch single. Hailing from Melbourne, but with a sound stretching from 60s and 70s afrobeat and exotica to Fela Kuti-esque repetition, the proto-garage rhythmic fury of The Monks and the grooves of Os Mutantes, there's an enticing lost world exoticism to the music of Bananagun. It's the sort of stuff that could've come from a dusty record crate of hidden gems; yet as the punchy, colourfully vibrant pair of singles Do Yeah and Out of Reach have proven over the past 12 months, the band are no revivalists. On debut album The True Story of Bananagun, they make a giant leap forward with their outward-looking blend of global tropicalia. The True Story of Bananagun marks Bananagun's first full foray into writing and recording as a complete band, having originally germinated in the bedroom ideas and demos of guitarist, vocalist and flautist Nick van Bakel. The multi-instrumentalist grew up on skate videos, absorbing the hip-hop beats that soundtracked them - taking on touchstones like Self Core label founder Mr. Dibbs and other early 90's turntablists.