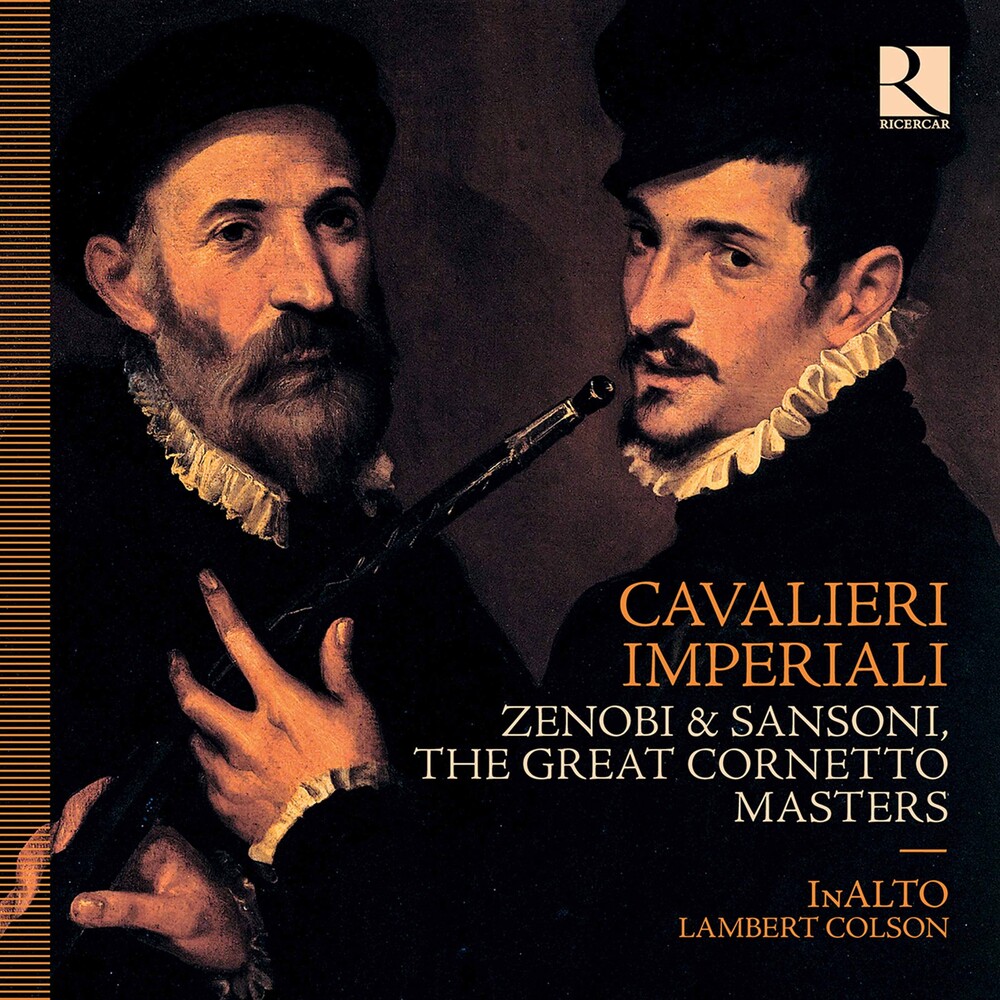 Luigi Zenobi, a virtuoso cornetist known as 'Luigi del cornetto', was born in Ancona in the mid-sixteenth century. He later moved to Vienna, where he entered the service of the Emperor Maximilian II. His reputation grew and he subsequently worked for the Este family in Ferrara, where he was the most respected and best-paid musician at court up to that time, so sought-after were his talents. Luigi was also a painter, poet, miniaturist and music scholar. An eyewitness recalled the delicacy of his playing: 'softer than the harpsichord when it's lid is closed.' Giovanni Sansoni, a composer and cornetist probably originally from Venice, was born around 1593. He was engaged by Archduke Ferdinand of Austria in Graz in 1613 and followed him to Vienna when he became Emperor in 1619. He sent his compositions to Saxony, and the young Schutz sent him former choirboys to be taught the cornet and the bassoon, two instruments on which he was an absolute master. Sansoni became the inspiration for the great instrumental composers of the first half of the seventeenth century in Vienna. Our two legends of the cornet have one thing in common: they were both knighted by an emperor, Zenobi even calling himself 'Cavaliere del cornetto.'