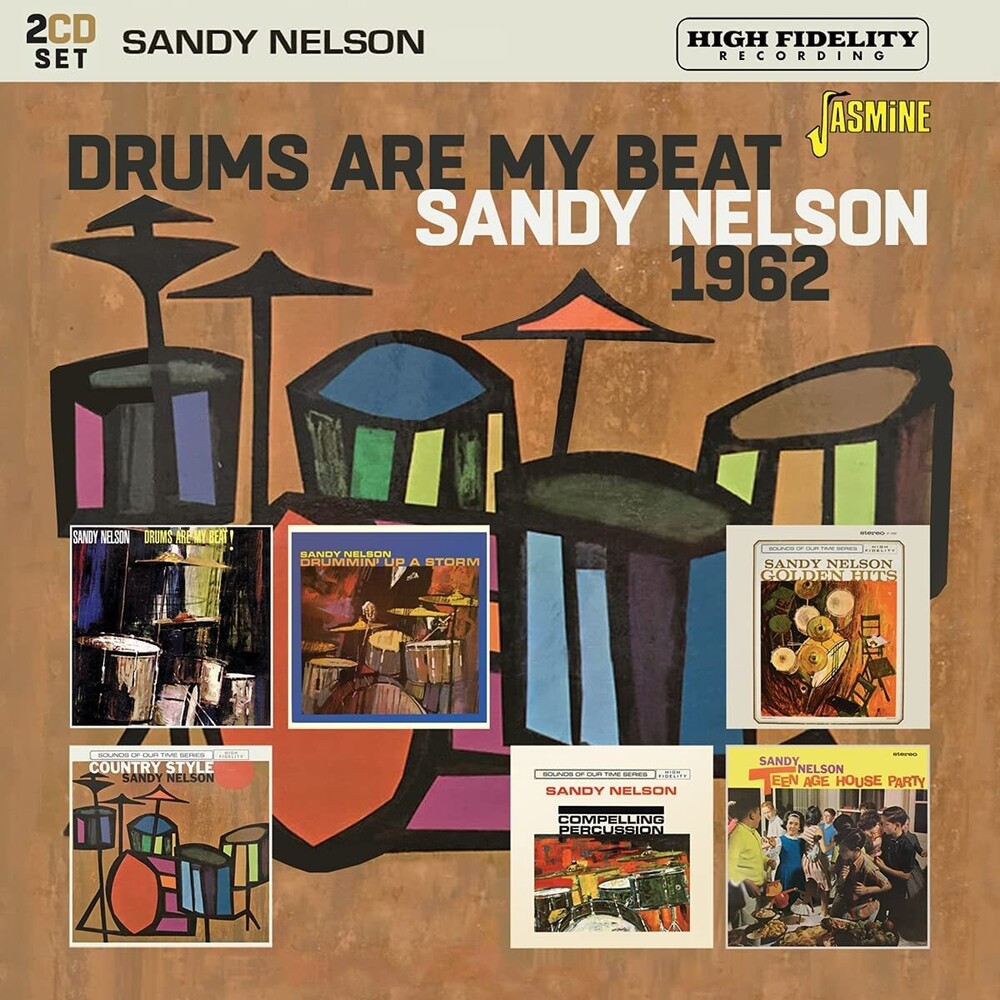 Two CDs. Percussionist Sandy Nelson was not merely the biggest, but just about the only major drum star of the "Golden Era" of the Rock & Roll Instrumental. This set, which anthologises his 1962 releases, is complementary to an earlier Jasmine compilation, "Teen Beat, 1959-61". 1962 was a watershed year in Nelson's early career, in that he released an astonishing six LPs, four of which ("Drums Are My Beat", "Drummin' Up A Storm", "Golden Hits" and "Compelling Percussion") made the US album charts. He also issued six singles that year, of which five ('Drums Are My Beat', 'The Birth Of The Beat', 'Drummin' Up A Storm', 'All Night Long' and 'And Then There Were Drums') made the US Top 100. Due to constraints in playing time, it is not possible to include his entire 1962 output, so a couple of LP cuts have been omitted. Nonetheless this is as comprehensive a collection of his 1962 recordings as is physically possible to compile onto a 2-CD set.