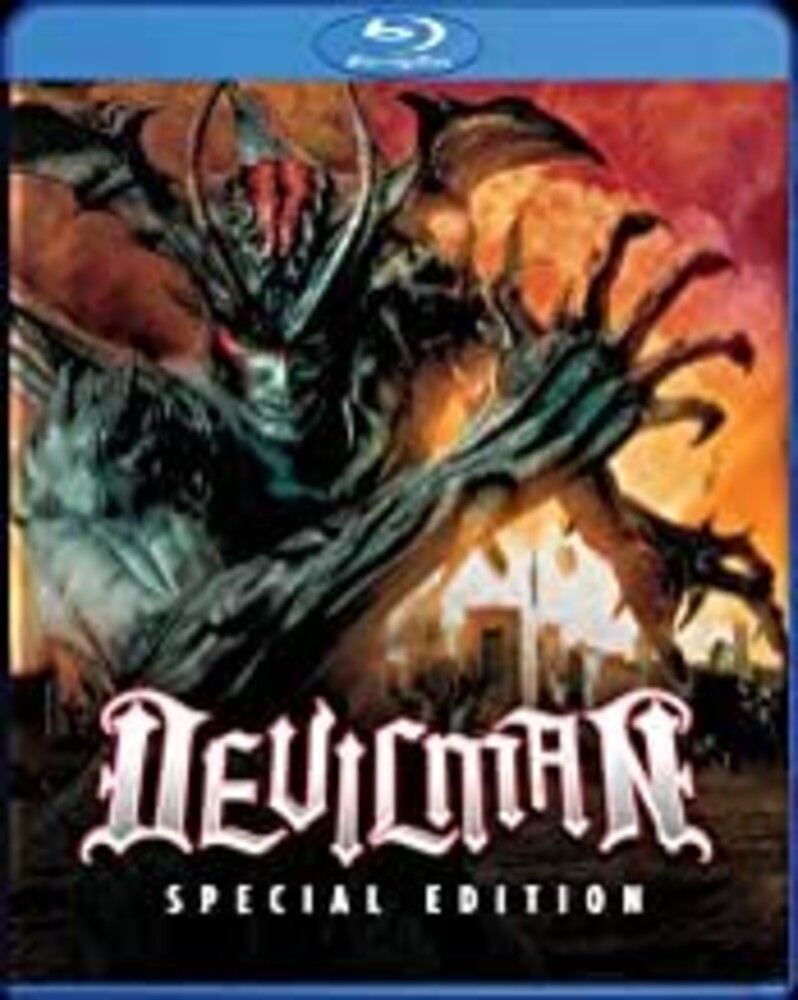 Best friends Akira and Ryo (played by real life twins Hisato and Yusuke Izaki) are your average high school students, that is, until they learn that Ryo's scientist father stationed in Antarctica has accidentally unleashed a horde of demons upon the earth! The demons spread like a virus throughout the world, possessing ordinary people and turning them violently against each other. (It sounds all too familiar in 2020!) When Akira becomes possessed, he becomes the one and only Devilman, an all-powerful demonic entity who somehow retains his humanity. It's up to Devilman to wage cosmic war against the destructive demons, now led by Ryo who possesses equally opposing evil super powers! Prepare for an apocalyptic showdown that will shake the very heavens above! Based on the ever popular manga by Go Nagai (Cutie Honey & Kekko Kamen).