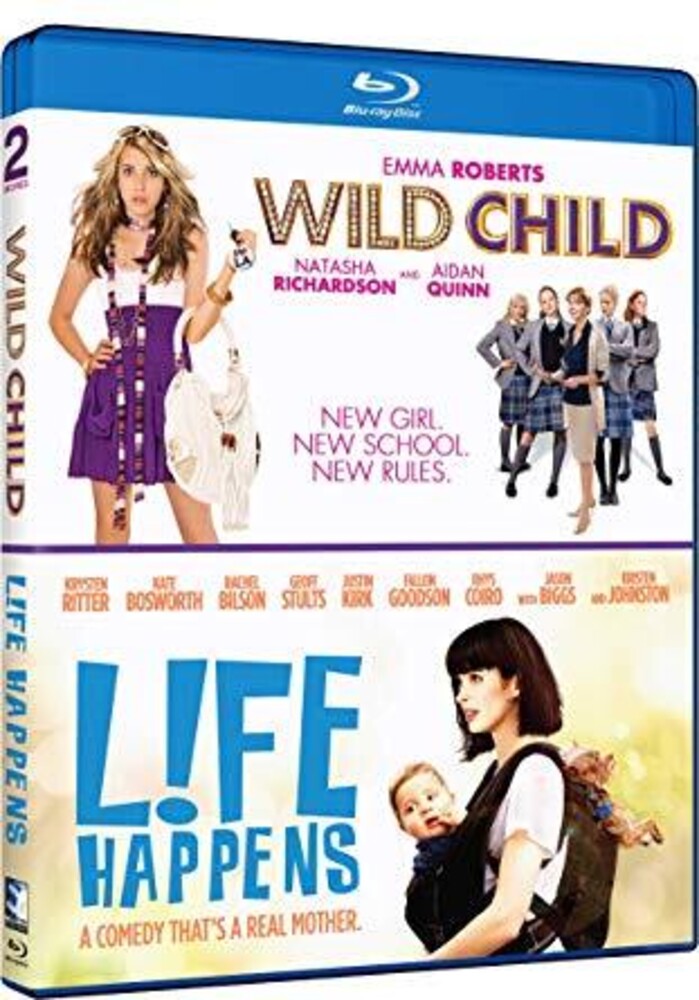 WILD CHILD: Sixteen-year-old Poppy (Emma Roberts) is an LA teen diva who does what she wants, whenever she wants. But after an over-the-top prank pushes her father one step too far, she finds herself shipped off to the one place where everything will change: a British boarding school. No cell phones, no designer clothes... no way. Desperate to break free, she sets in motion the ultimate escape plan involving the head mistress's son only to discover that this could be the reason she wants to stay. Co-starring Natasha Richardson, Aidan Quinn and Nick Frost, it's the fun and fabulous comedy that's LOL! LIFE HAPPENS: Krysten Ritter, Kate Bosworth and Rachel Bilson star in this sharp and witty comedy about single living, friendship and the joys of life's curveballs. When a one-night-stand results in an unexpected pregnancy, things take a sudden turn for Kim (Ritter) and her roommates, Deena (Bosworth) and Laura (Bilson). Jumping back into the dating scene, Kim copes with single motherhood amid fears that toting a tot will be a dating buzz-kill. Costarring Jason Biggs, Justin Kirk and Kristen Johnston.