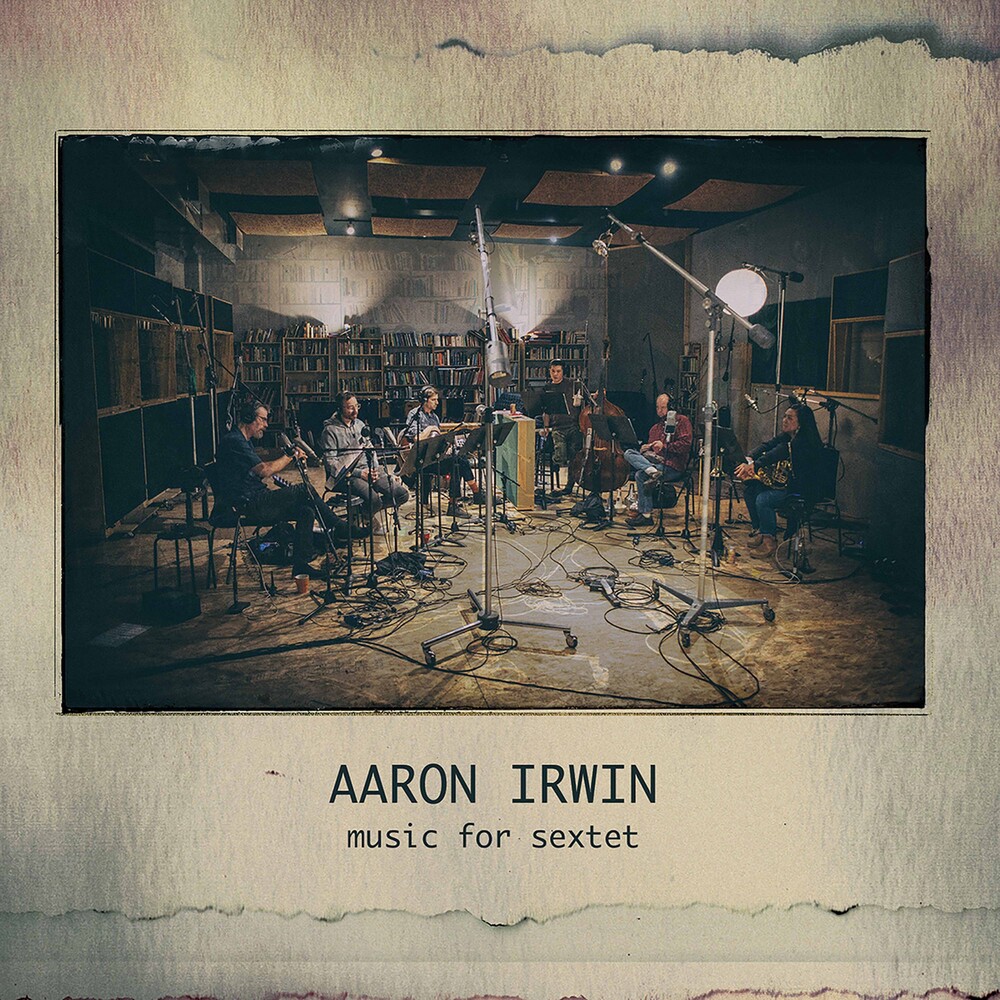 Aaron Irwin releases Music for Sextet on Innova Recordings, his eighth album, as interactions between kaleidoscopic forms and colors, weaving together melancholy, effervescence, and at times, an anxiety sparked by cataclysmic confusion. The opening track, The Teller and the Tale, begins with an elegiac introduction redolent of an old storyteller. The urgency of the clarinet interplay sets up groupings that form a common thread throughout many of the pieces on this album. A prioritization of rhythm and unity of composition over harmonic movement is the background against which an overarching dialogue between tranquil expression (In Stillness) and the dynamism of accelerated or mechanized life (The Hayflick Limit). Such expression is further explored and transformed with narrative development (Slow Country, In the In-Betweens). The accelerated pace of movement in other songs document the contemporary experience (Love Song, Some Luck). As the album progresses, members of the ensemble begin to pop out like vibrant bursts of color with featured sections, following a progression of individuality and virtuosity from the ensemble members. We are left, however, with color and expression affirming Irwin's belief that art is a respite from an increasingly technological, commercial, and divided world (Boarding House). Critically acclaimed saxophonist, multi-woodwind player, and composer Aaron Irwin is a compelling voice of his generation. Known as a "lyrical alto saxophonist and a compelling original composer" (Steve Futterman, The New Yorker), Irwin is a sought-after commodity in the New York jazz scene. In addition to leading his own groups, Irwin performs with many prominent voices in the jazz and contemporary classical community including Darcy James Argue's Secret Society as well as a host of others. He was featured in Cicily Janus' 2010 book, The New Face of Jazz (Billboard Books), teaches as an adjunct saxophone professor at Towson University in Maryland.