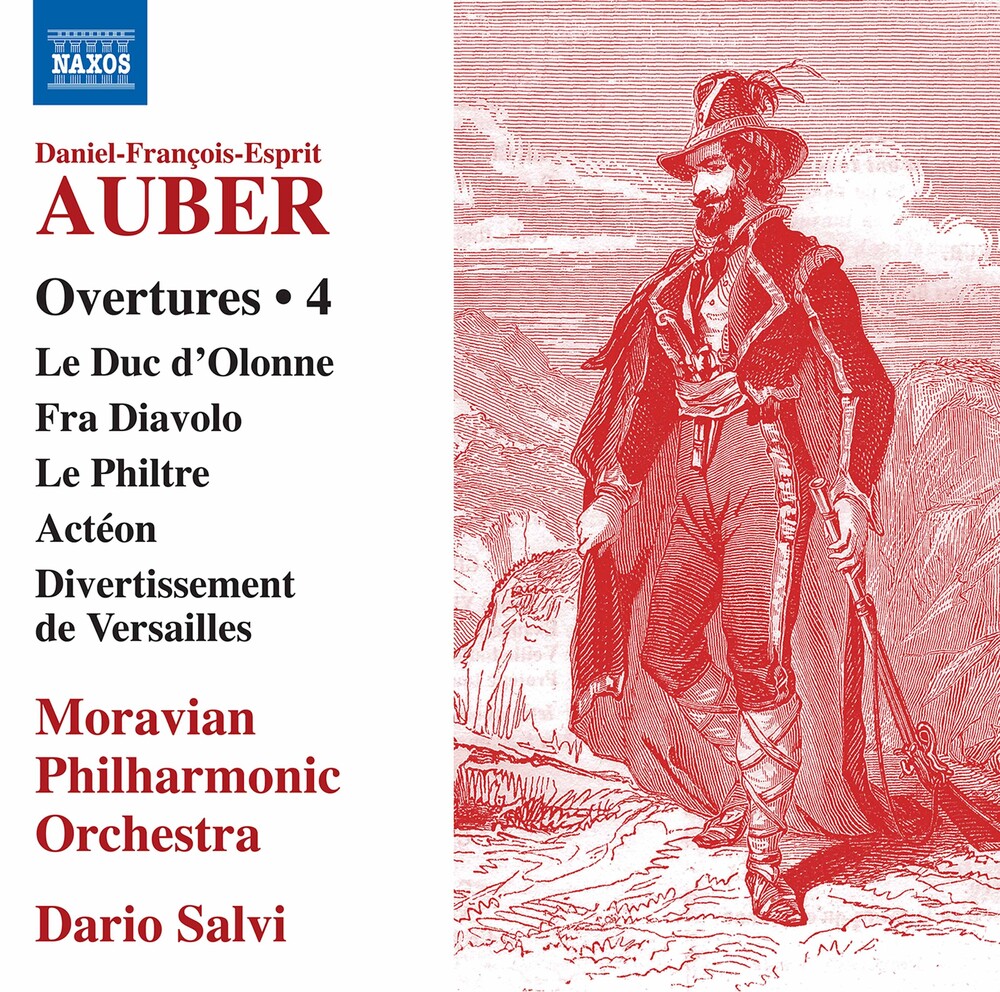 Daniel-François-Esprit Auber was one of the most famous composers of the 19th century, giving definitive form to the uniquely French genres of grand historical opera and opéra-comique. His overtures became famous all over the world for their dancing elegance and fluent melodies, a reflection both of his genial personality and of the Parisian taste and refinement of his day. This programme includes overtures and entr'actes from Auber's most famous opera about the notorious robber-chief Fra Diavolo, and from one of his least known works, La Fiancée du Roi de Garbe. Volume 2 of this edition (8.574006) was acclaimed as 'wonderfully articulated and lovingly brought to life' by MusicWeb International.