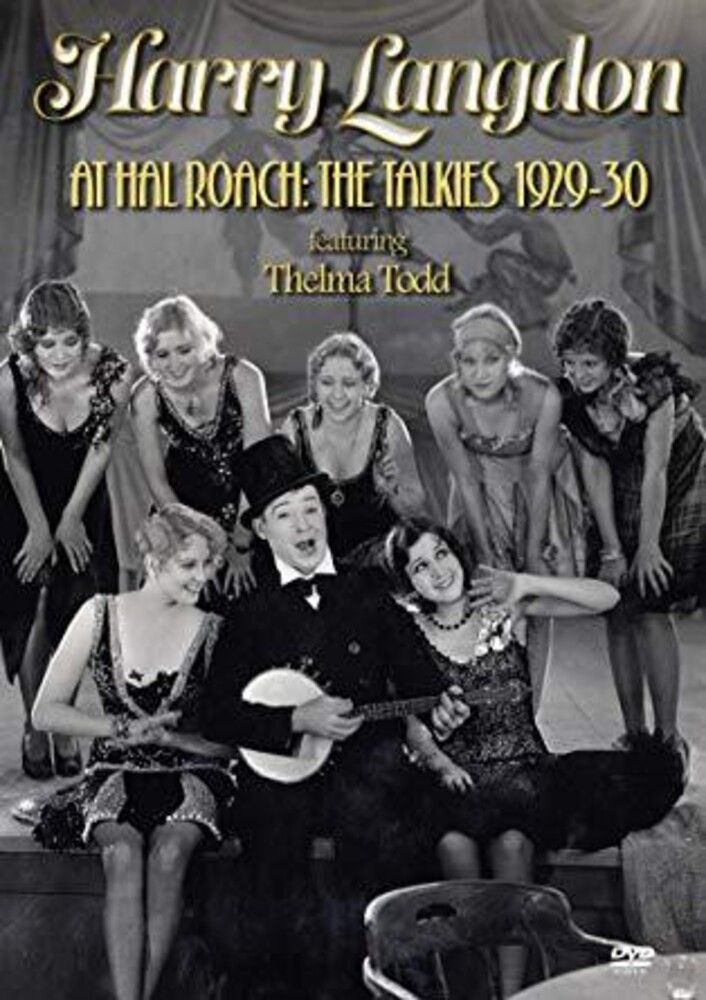 After falling from Hollywood stardom at the end of the Silent Era, quirky silent film comedian Harry Langdon made not only his first talking films, but also his first screen comeback with a series of eight two-reelers for comedy producer Hal Roach. This pre-code series offers an interesting and entertaining look at what critic James Agee referred to as Langdon's "baby dope fiend" characterization, presented for the only time in sound as the undiluted comic creation he made famous in silent films. Langdon had developed a strange, stream-of-consciousness vocal patter in vaudeville, as showcased here. With another fifteen years to go in talkies after he made these shorts, Harry Langdon would never again deliver to films full-force his truly bizarre humor. Along for the ride is the beautiful comedienne Thelma Todd in some of her earliest film appearances at the Lot of Fun, as well as others from the Hal Roach Stock Company like Edgar Kennedy and Max Davidson. This is Harry Langdon at his most surreal. 1929: "Hotter Than Hot," "Sky Boy," "Skirt Shy"; 1930: "The Head Guy", "The Fighting Parson," "The Big Kick," "The Shrimp," "The King" Bonus: "La estaciĂłn de gasolina" (Spanish language version of "The Big Kick"); "Hal Roach Presents Harry Langdon" (1929); "Hal Roach Studio Auction" (1963); Commentary by Richard M. Roberts; Photo Gallery; Supplemental music composed and performed by Andrew Earle Simpson