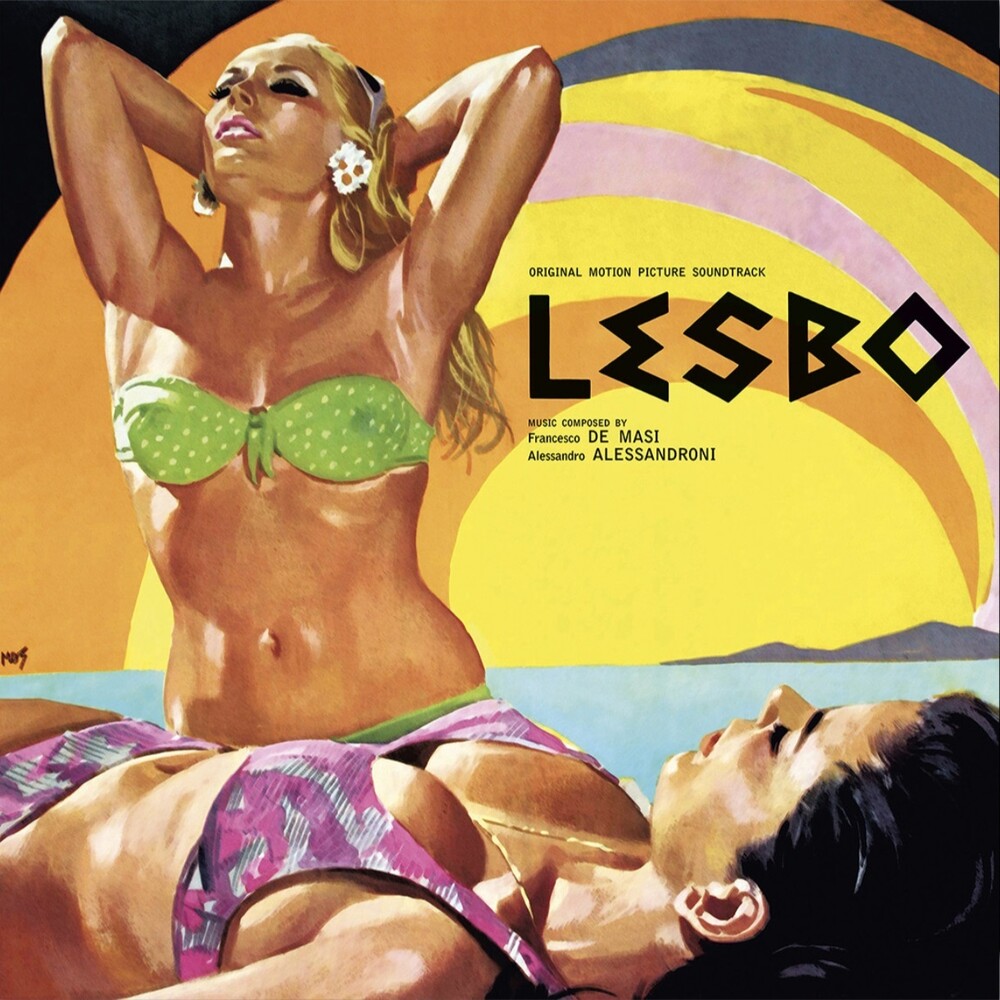 Lesbo' is a 1969 erotic film directed by Edoardo Mulargia, his only experiment in this genre within a filmography mostly focused on Western films and sentimental/romantic comedies. Calling 'Lesbo' an underground film is practically an understatement, as no official home video releases of this movie seem to exist; it's soundtrack instead has luckily survived to the present day and, given the caliber of it's two composers, it could only be a terrific work.The friendship between Francesco de Masi and Alessandro Alessandroni is even more dated than the artistic partnership that was later born between the most famous spaghetti western whistle and Morricone, and 'Lesbo' is 'only' one of the various collaborations between these two composers. Introduced as usual by a sensual theme sung by a seducing female voice, this warm and Mediterranean-flavoured soundtrack has numerous variations with a romantic/symphonic, lounge, even jazz taste, with some typicall 'Morriconian' moments of tension too.An extremely varied work, therefore, of which in 1969 - the year the film was released in theaters - only eight tracks were published on the single side of an LP containing, in addition to the soundtrack of 'Lesbo', also that of 'L'amore questo sconosciuto' on side B. Recently reissued with the addition of numerous bonus tracks, it is here in it's full version - 24 tracks! - on vinyl for the first time ever.