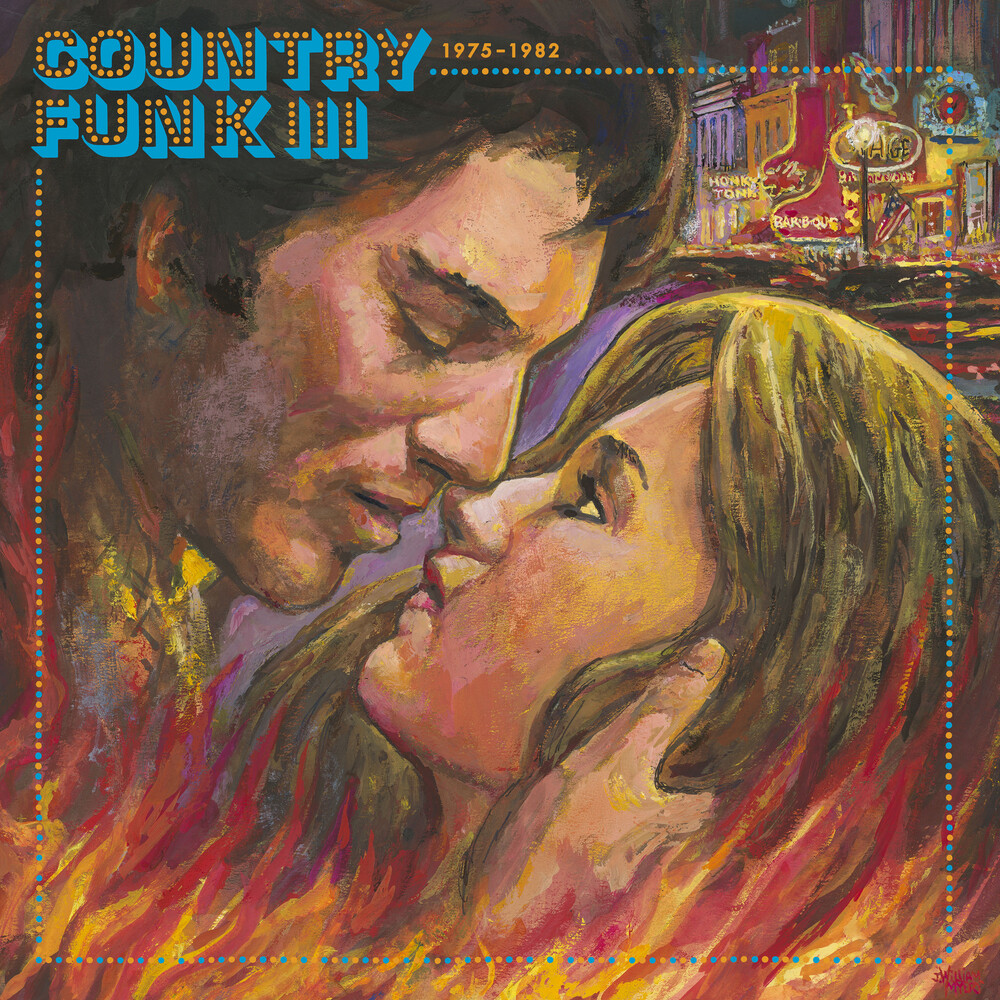 The horse still bucks, the band still funks, and well... The fire still burns. That's right-Country Funk is back. In the summer of 2012, a new sound blew in from the dusty desert. It was a sound difficult to pin down, to codify; a sound that, like some wild horse, resisted one's grasp. But this was no trend, no flash-in-the-pan movement, no shotgun marriage of styles, no ma'am. This sound went back decades, back to the latter half of the 1960s and early 1970s when adventurous artists started to blend country hoedown harmony with the elation of gospel, the sexual thrust of the blues and a touch of inner-city grit. This was a new sound with a simple name: Country Funk. Country Funk 1969-1975, first released in 2012 and co-produced by Zach Cowie, Patrick McCarthy and Matt Sullivan, brought together a disparate group of artists that were neither bound by geography nor a shared ideology, but connected through the simple feel of their songs. Country Funk is alternatively playful and melancholic, slow jammin' and booty-shakin'. It's a sound both studio slick and barroom raw, as evident in the artists featured on Volume I: Johnny Adams, Mac Davis, Dale Hawkins, Tony Joe White, Bobbie Gentry, Larry Jon Wilson, and many others. Just two years later, we chased Volume I with a new collection of songs for Country Funk 1967-1974 (LITA 116, 2014). Volume II didn't let up, dealing out all the loose-talking and lap-steel twangin' one could handle. Heavy hitters like Willie Nelson, Townes Van Zandt, Kenny Rogers, Dolly Parton and J.J. Cale shared barstools with the lesser-known voices of Bill Wilson, Donnie Fritts and Thomas Jefferson Kaye. With Country Funk Volume III 1975-1982 (LITA 194) we're here to say there's more funk left in the trunk yet. This time around, the jeans are tighter, the hair is bigger and the disco ball spins along to a country-synth beat. Produced and compiled by Jason Morgan (Bay Area DJ/collector) and Patrick McCarthy (co-producer/compiler of Volume I & II), the tracklist features regulars Dolly Parton, J.J. Cale, Larry Jon Wilson and Tony Joe White (whose track is released here for the first time) alongside new faces like Steven Soles, Gary & Sandy, Conway Twitty, Travis Wammack, Billy Swan, Rob Galbraith, Brian Hyland, and so many more. As the 1970s began to wane and the 1980s approached, the Country Funk pallet expanded to include disco beats, heavy Moog synth bass lines and more clavinet than you could shake a stick at. Volume III shows artists continuing to buck traditional country tropes and production while embracing modern soul, disco, and coked-up 80s synth-pop. This is the true soundtrack of the Urban Cowboy. Saddle up, partners.