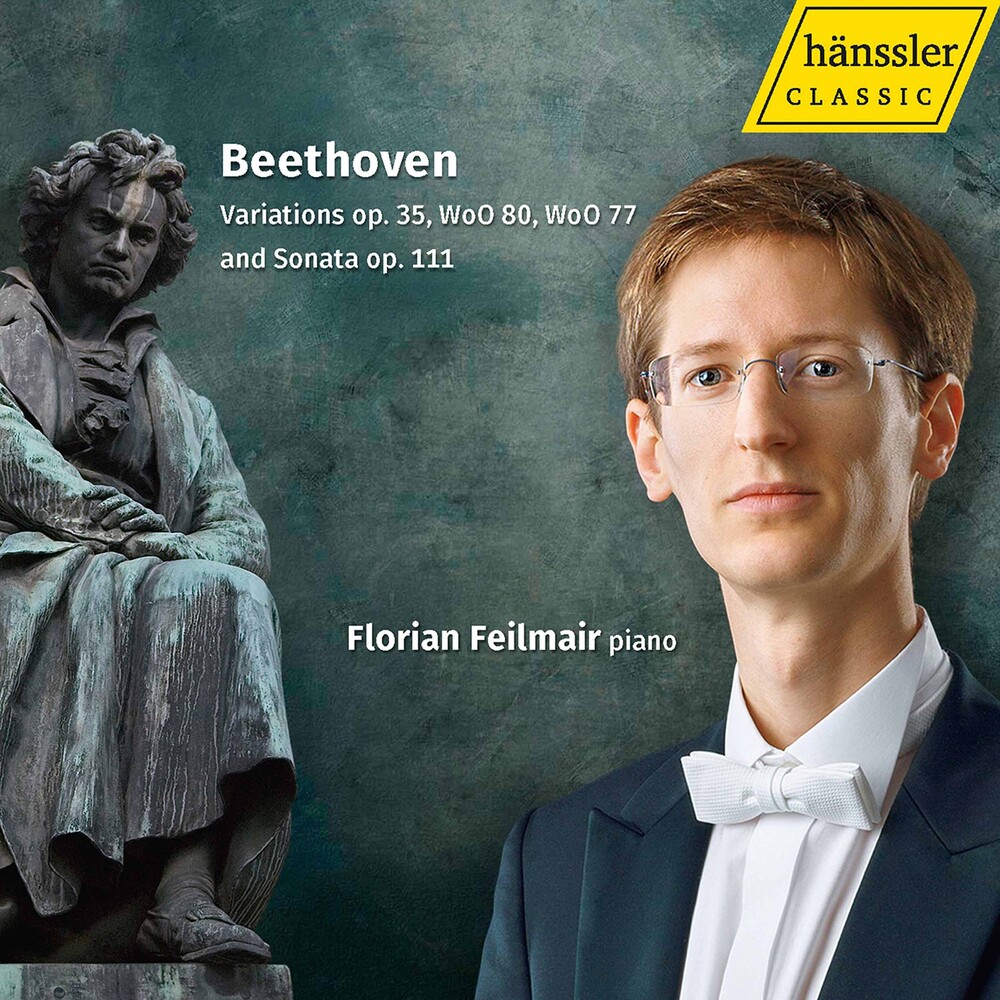 "From Beethoven's extensive oeuvre of variations, I have selected four works ranging from the first to the last composition for solo piano for which Beethoven created variations on an original theme. Thus the wide-ranging Eroica Variations Op. 35 find their place alongside the compressed and downscaled Variations in C minor WoO 80 and the Variations in G major WoO 77 which were created as a piece of occasional music. The recording closes with Sonata Op. 111, whose second movement is one of the longest and most complex variation settings of the Viennese School and represents the homogeneous integration of the variation as a form within multi-movement works in Beethoven's piano literature. Each of these four works possesses it's own semantics and shows a Beethoven sparkling with creativity, wit, deep expressiveness and consummate mastery of forms, confronting the pianist with a multiplicity of technical, but also interpretative challenges." (Florian Feilmair)