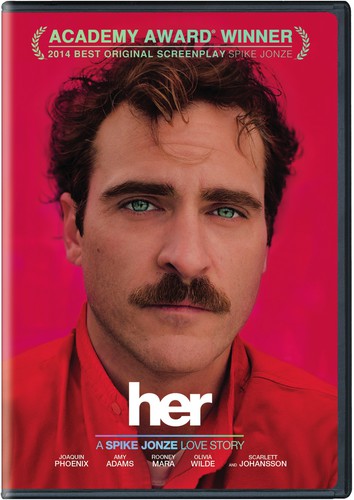 VideoTapeWorm.com says: Despite the highly praised performance of Joaquin Phoenix in this ''falling in love with Siri'' experiment, the real star is director Spike Jonze, who makes us give a damn about Phoenix's wimpy, whiny, sad-sack lost soul whose lonely longing is so great that he develops an intimate relationship with his cellphone. Or something like that. Scarlett Johansson gives voice to the computer, which is designed to intuitively sense what the user wants -- which in other hands might have resulted in a wacky sex-comedy. Amy Adams and Rooney Mara complete the cast in this look at how seriously fragile we humans are.