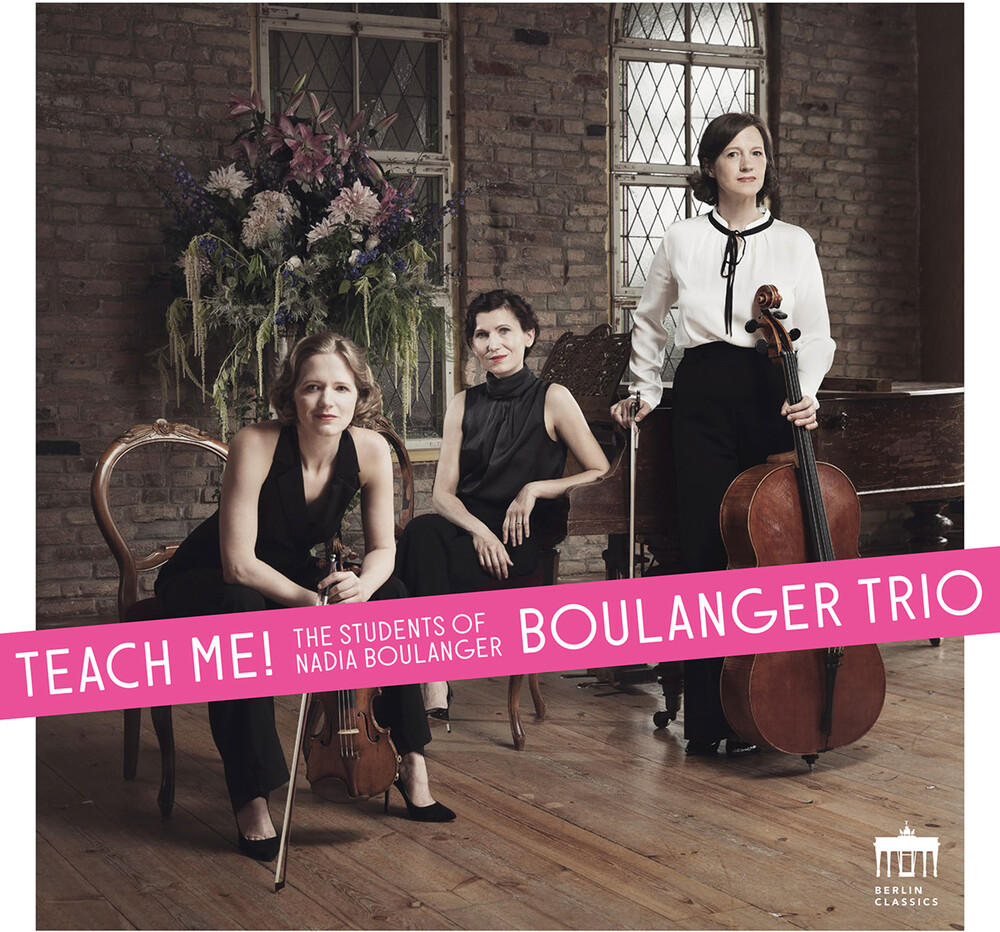 Teach me! The students of Nadia Boulanger is the Boulanger Trio's first album on the Berlin Classics label, an album dedicated to the trio's eponymous heroine. The three musicians present music by Bernstein, Piazzolla and Françaix alongside Quincy Jones, Aaron Copland and Philip Glass. The works are very varied in style, yet a common bond unites their composers: they were all students of Nadia Boulanger. Boulanger's special personality as a teacher and her charismatic engagement as a source of inspiration for composers from all over the world lie at the heart of this album. Would Piazzolla have ever discovered Tango nuevo without Nadia Boulanger? What form would Philip Glass's repetitive structures have taken, and would West Side Story have turned out as we know it today? Generations of music-makers were influenced by Nadia Boulanger, who supported them in their quest to evolve their own personal style. She composed no works of note, nor did she write a guide to composition or harmony. Her work focused on her relationship with her students, on exchange of ideas with them and conversations with them. The repertoire of this album is wide-ranging and imaginative. The Trio pour violon, violoncelle et piano (1986) by Jean Françaix rubs shoulders with the well-known Cuatros Estaciones Porteñas by Astor Piazzolla. The melodious love song Maria from Leonard Bernstein's celebrated musical West Side Story is side by side with Philip Glass's repetitive Head On. Other musical excursions whirl listeners away to the avant-garde with Aaron Copland's Vitebsk - Study on a Jewish Theme (1929) before landing them in film music with the main title theme to the film The Color Purple by Quincy Jones.