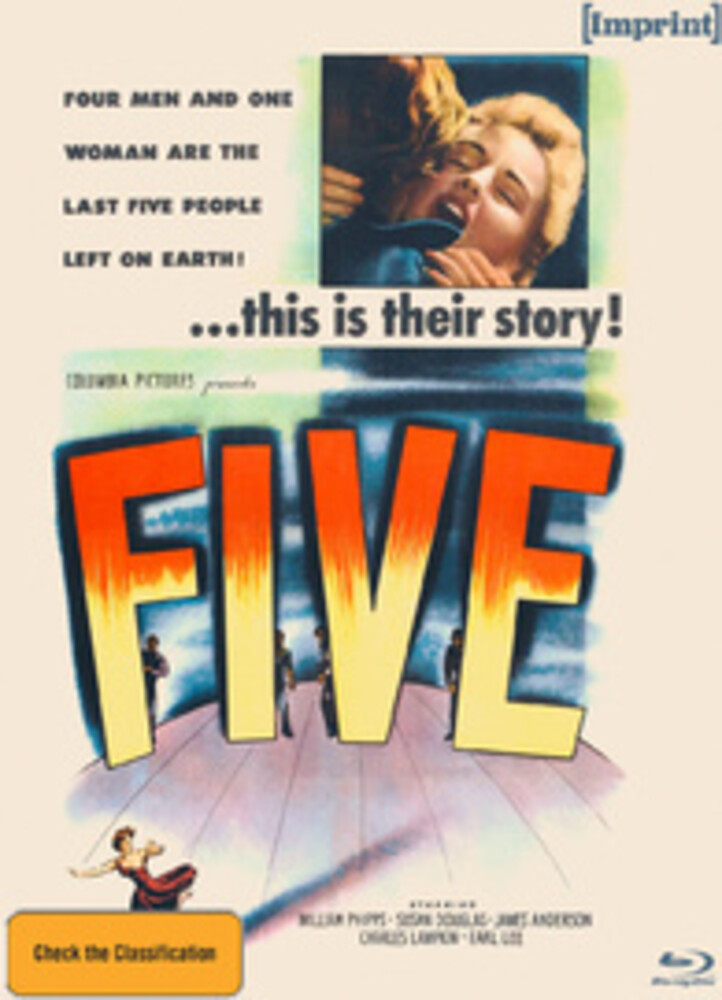 Co-written and directed by Arch Oboler, this riveting sci-fi thriller follows five Americans, the only survivors of a nuclear holocaust, as they share a country house and try to figure out what to do next. While the diverse group of strangers-including a pregnant woman and a mountaineer-attempts to deal with the tragedy, they must also cope with their own feelings for each other. William Phipps, Susan Douglas, James Anderson star. 91 min. Standard; Soundtrack: English Dolby Digital mono; Subtitles: English; theatrical trailer; audio commentary; interview; theatrical trailer. Region Free